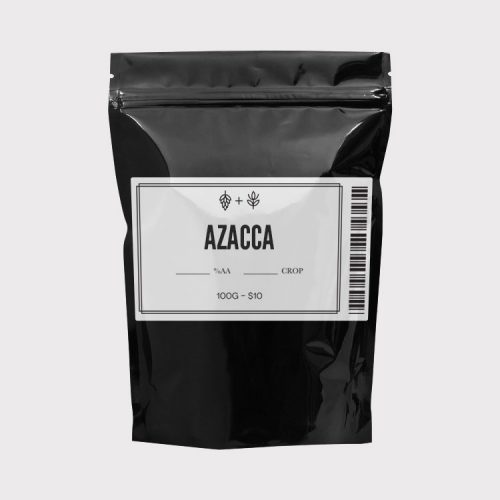 Named after the Haitian god of agriculture, Azacca is one of a new brood of dwarf bittering hops. Descended directly from Toyomidori, its greater parentage also includes Summit™ and Northern Brewer. Bred by the American Dwarf Hop Association, a joint hop breeding venture between Roy Farms, Wyckoff Farms and Green Acres Farms, Azacca is considered by many brewers as being well suited to IPAs.