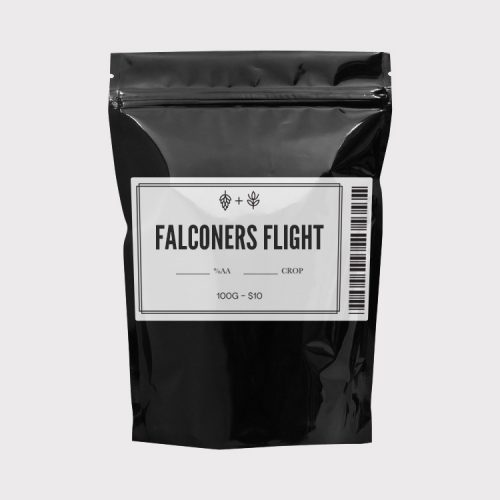 Falconer??s Flight? is a proprietary blend of Pacific Northwest hops. These include 7 ???C?? hops,??Cascade,??Centennial,??Chinook,??Citra?,??Cluster,??Columbus??and??Crystal??in addition to experimental varieties developed by Hopunion LLC.

Launched in 2010, it is considered a dual-purpose blend particularly suited to IPAs, but also Pale Ales and Lagers. Falconer??s Flight? is listed has having distinct tropical, floral, lemon and grapefruit attributes.

The blend was named in honor of Glen Hay Falconer, a popular and up-and-coming American professional brewer who passed away in 2002.