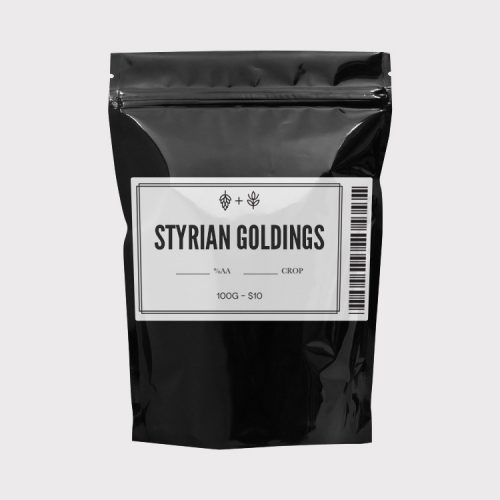 Styrian Golding or Savinjski Golding as it is commonly known, goes by a multitude of sometimes confusing aliases. Confusing still is the fact it actually doesn??t come from a Golding at all, but is rather the result of the clonal selection of??Fuggle??and as such exhibits many Fuggle-like characteristics.

It was considered a major crop in the 1930??s in both Styria, a state in Austria and across the Savinja river in Slovenia (former Yugoslavia). Its staying power has been attributed to its disease resistance, specifically, its resistance to mildew. It is now world-renowned hop and in high demand.

From a brewer??s perspective, Styrian Golding is a lovely aroma hop and exhibits resinous, earthy flavors that are perhaps considered slightly more refined than Fuggle. It has also been described as imparting subtle aromas of white pepper to a brew.