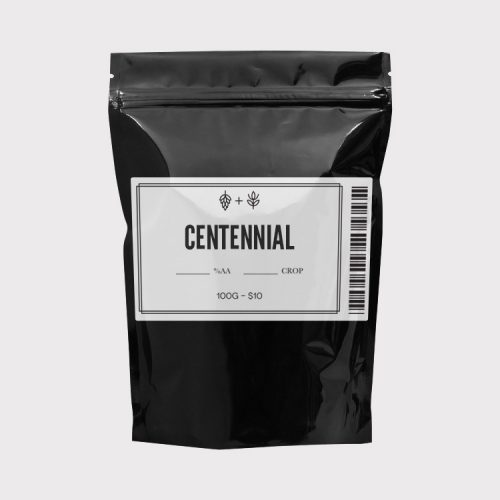 Centennial owes its existence to a mix of??Brewer??s Gold,??Fuggle,??East Kent Golding??and Bavarian hops. Developed in 1974 and released in 1990, Centennial was pioneered by Charles (Chuck) Zimmerman and S.T. Kenny at Washington State University. It is at times referred to as super??Cascade??because of its similar citric characteristic. Centennial is a much-celebrated hop in its versatility with its depth of bitterness and forward aroma ??? two characteristics that balance each other beautifully.

It is well suited to Pale Ales and IPAs with its high alpha content and is floral in both flavor and aroma. Centennial has had its ups and downs in the commercial brewing industry but is currently experiencing a return to popularity, particularly among leading craft breweries.