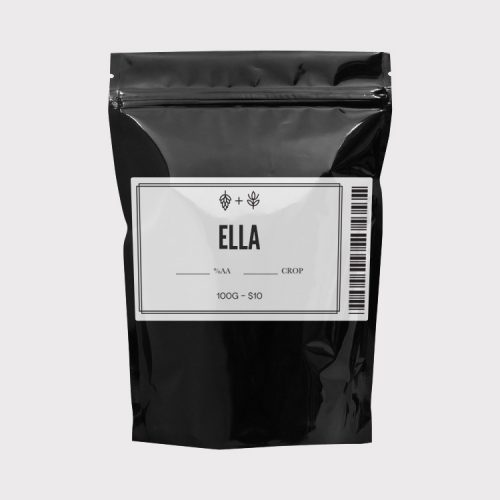 Ella?? hops, formally known as Stella, is an Australian aroma variety. It is half-sister to??Galaxy???and the progeny of??Spalt??and a tetraploid female and was developed in the state of Victoria in the early 2000??s. By 2007, Ella?? was ready for release in brewing trials. An immediate hit, the variety was fast-tracked into commercial production.

Due to its high level of oils, Ella?? can significantly change character depending on how it is utilized. When used in low quantities, it displays a spicy, floral character like star anise. When used in greater quantities or in dry hopping, it holds its own with any robust malt and conveys a decided tropical and grapefruit flavor.