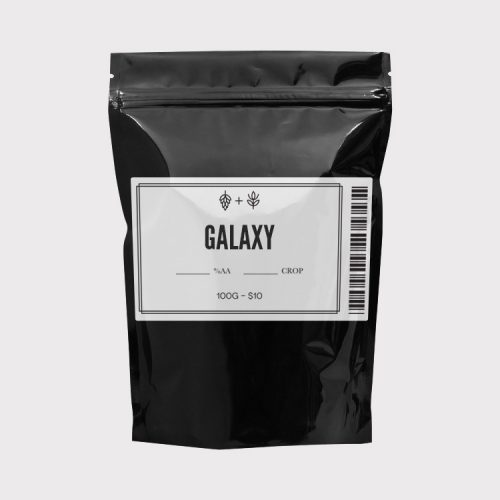 Descended from German variety??Perle, Galaxy? is a unique Australian breed of hops that has the distinction of sporting the highest percentage of essential oils in the industry. It has an amazing citrus, peach and passionfruit aroma, especially when used as a late addition. The flavor is often quite intense upon production but mellows as it matures. Galaxy? enjoyed her first commercial production in 2009 after nine years of testing and quickly became popular both in Australia and overseas.