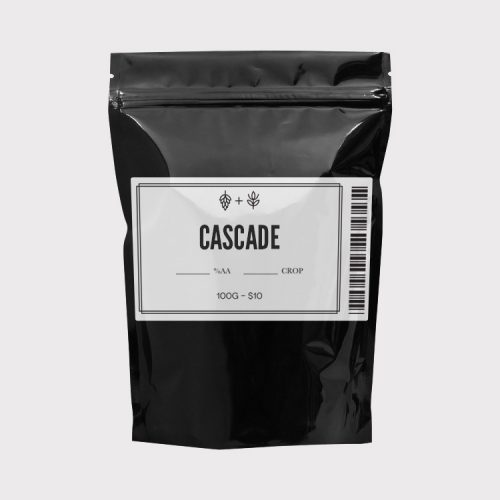 Pioneered in the 1950??s by Jack Horner and his team at Oregon State University, Cascade hops have since gone on to become one of the most popular American hops of all time. Released in 1972, Cascade now represents around 10% of all hops grown in the United States.

It features an excellent vigor and yield and when brewed exudes a distinct spicy citrus aroma with hints of grapefruit. Well suited to just about any ale and lager, its use is particularly popular in American Pale Ales. Its relatively poor storage stability tends to be a non-issue with its popularity and subsequent large production volumes from major US breweries ensuring harvests don??t sit idle for long.

Cascade was originally developed through open pollination of English variety??Fuggle??and the Russian variety??Serebrianka??and is named after the Cascade Range, mountains that run from northern California all the way north to British Columbia, Canada.