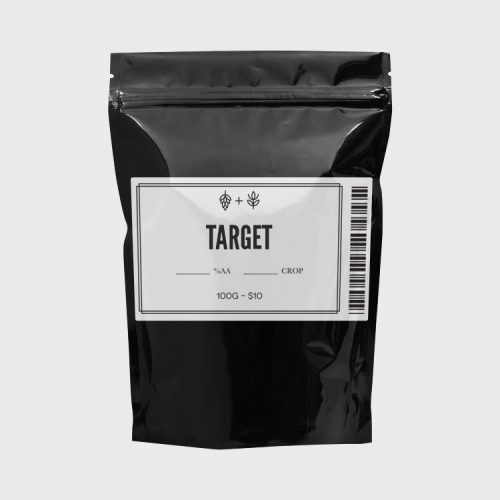 English dual-use variety Target was released in 1992 and features a lineage including Northern Brewer and Eastwell Golding. Though being somewhat closely related, Target??s cousin, Challenger is considerably different.

Target??s popularity has gone up and down over the years but it now seems to be popular with craft brewers, being used in Green Man Ale??s IPA in Asheville, North Carolina and in many English craft brews. It yields well in England specifically but suffers poor storage stability.