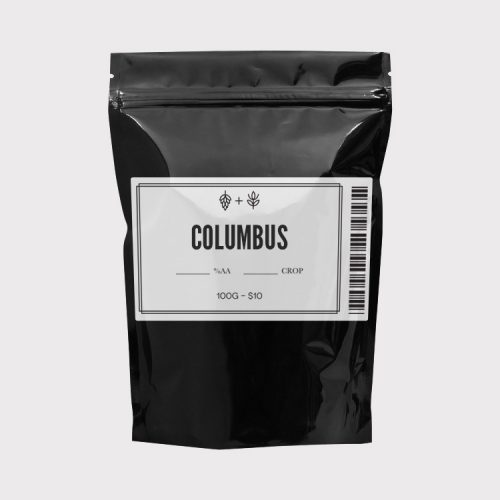 The exact lineage of the proprietary hop Columbus is unknown. Its namesake was created in part as the result of a legal dispute between Hopunion and Yakima Chief when both parties attempted to patent the same hop. Yakima Chief??s variety was named Tomahawk?. After an agreement was reached, both names were registered. They are technically the same hop however.

Originally bred by Charles (Chuck) Zimmerman as part of a USDA breeding program sometime in the 1970??s, Columbus is sometimes referred to at CTZ (Columbus, Tomahawk? and??Zues) though it is genetically distinct from Zues hops.

It features a punchy hoppiness and deep, pensive aroma with understated citrus notes???perfect as a dual use hop. Commonly used late in the boil and, when fresh, Columbus has a herbal flavor with a lemon citrus back note. Usable in a number of styles, notably American-style ales.