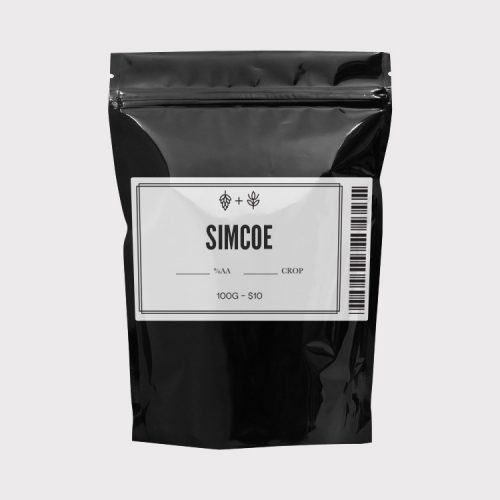 Released to the world in 2000 by Yakima Chief Ranches, American variety Simcoe? has become wildly popular with craft brewers. With a high alpha percentage and low cohumulone, it makes a very nice foundational bittering hop. It is also noted though for its favorable aroma qualities. It has a pleasantly fruity, yet earthy herbal and piney aroma.

Flying Fish used it to create its 10-year anniversary Barley Wine ??? 5 additions of it alongside Magnum. Sierra Nevada also uses it in one of their High Altitude bold beers Hoptimum?. It has been referred to as ???Cascade??on steroids??.