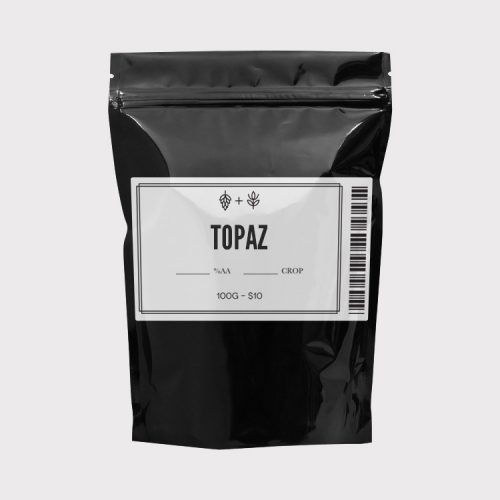 Australian-born multi-purpose variety Topaz features elements of clove-like spice and a light, lychee-esque fruitiness. Samuel Adams uses it in their Tasman Red IPA. When used alongside a citrus-heavy hop (Samuel Adams used Galaxy?), it gives a surprising depth of flavor.

Created in 1985 by Hop Products Australia in the Rostrevor Breeding Garden in Victoria, Topaz was always intended to be a high-alpha hop. The result of a mix between an Australian high-alpha variety and a UK male sourced from Wye College in England, Topaz is a unique blend of Australian and European flavors and aromas.

Topaz was initially used as a bittering hop, but in the late 2000??s increased experimentation with the variety uncovered its intense worth as a late addition. It features resinous and grassy notes when dry hopped and its fruity profile really shines when utilized in higher gravity recipes.